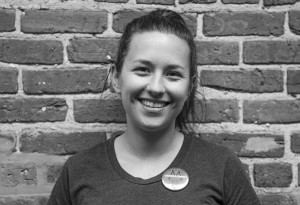 Kelly is a graduate of the theatre program at USC and has been working at Menomonee for two years while simultaneously pursuing a career in acting and comedy. She is from Seattle originally, but has found a wonderful home in Chicago – despite the frigid winters. When not at the front desk, she can be found at Second City, cuddling with her two kittens, or performing some killer karaoke!